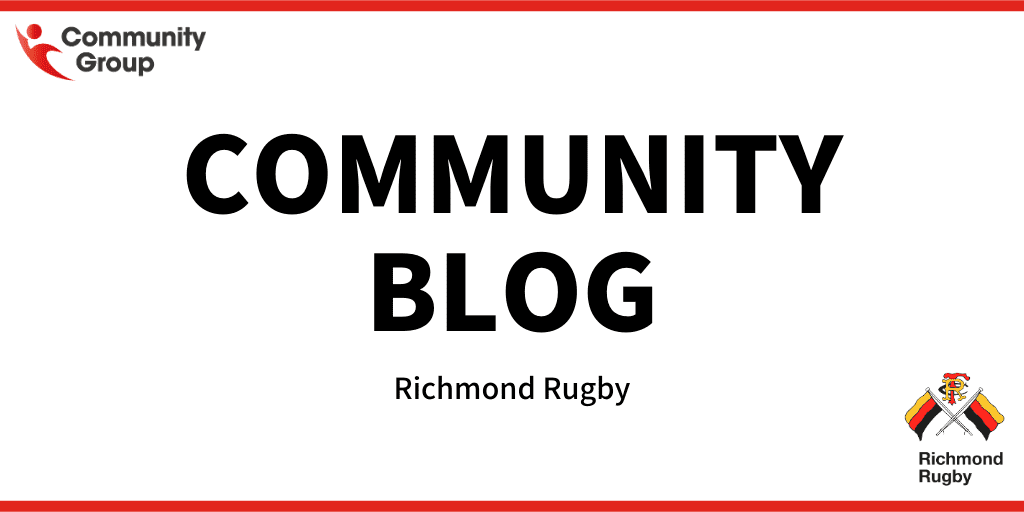 September saw a welcome return to youth rugby at Richmond – albeit in the restricted form of Ready 4 Rugby rules. A huge amount of work was done prior to the first Sunday to ensure all children and parents could come to the Club in a safe COVID-19 environment – everything from each age group temperature checking all children on arrival, regular hand sanitising etc.

Notably the club has seen an increase in children joining, with numbers increasing in almost every age group. The new Under 4 and Under 5 classes sold out – both one-hour time slots – seeing 40 young children having plenty of fun! We also introduced a new coach into the club’s Under 12s – Connor McBride, a PE teacher from partner school, Orleans Park in Twickenham. Connor’s involvement with the club has seen several year 7 boys from the school joining as a result.

September also saw us return to supporting our partner schools with their rugby activities, thankfully most having our coaches back, even though they are also only able to run sessions under the restricted rules of Ready 4 Rugby. Fulham Boys School utilised three Richmond Community Coaches every day for two hours per session which is more than in the previous academic year.

During the October half-term holiday, we ran a skills camp for children aged between 5 and 16 at the club. We saw record numbers of children attending with 75 signing up over the three days and the feedback from parents at the end was excellent!

The week before half-term, the government decided in Parliament not to extend their free school meal voucher scheme over the holiday period. England and Manchester United footballer, Marcus Rashford – who had lobbied the government to extend the scheme throughout the summer – put a call out to all to help support their local communities.

We took the decision the Friday before half-term to set up our food delivery service as we did in the summer. Catering staff were organised and our collective of volunteers and members were messaged to see if they could help. With a lot of organising we were ready to start delivering on the Monday of half-term.

We soon got other pledges from local businesses to help – from a local baker who donated cookies to local Italian restaurant, Carluccio’s donating food. The club received national media attention for launching the food campaign with Channel 4 News and The Times newspaper interested. At the beginning of the week we were delivering 45 meals per day. This number had jumped to just under 100 by the Friday! We have also secured funding to run this food service again over the Christmas holidays.

In addition, funding to start a youth club from Richmond’s Clubhouse has been awarded, as well as funding for free youth fitness sessions, all of which we hope to start once the current lockdown period is over.

If you would like to know more about how Community Group can support your club, please get in touch by clicking HERE.

Community Group is committed to continuing to make a difference up and down the country. We have no intention of easing up, but in order to continue supporting those most in need, we are seeking your help by launching our Crowdfunding campaign. Any amount however big or small will make a huge difference, with your donations directly supporting our Partner Clubs and their communities.