Sport can create opportunities for all, says EZHR chief 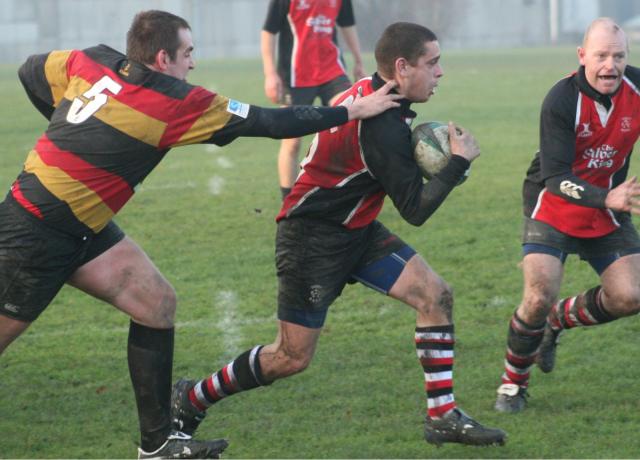 COMMUNITY Group’s ability to provide people from all walks of life with opportunities was behind the decision for EZHR to become a sponsor, explains Alastair Swindlehurst.

As a self-confessed “professionally amateur” rugby player, Alastair – Managing Director of EZHR – has also played ice hockey and he has seen first hand the impact sport can have on people’s lives.

“I’ve always been involved in amateur sport,” he said.

“I played ice hockey and rugby as a kid.

“I did a lot of damage to myself in two years of ice hockey, but I saw changes in young men and it’s amazing the impact it had on them personally.”

He continued: “A massive part of sport is being able to back people and give them opportunities when no one else will.

“A lot of people who are going to benefit from Community Group are people who need that different perspective on things or one opportunity, and that’s the part that spoke to me.”

Alastair worked for the likes of Sainsbury’s, Hovis, RR Donnelley and APS Group before setting up EZHR – a HR subscription service that supports SMEs with non-judgemental, accessible and straightforward solutions.

Forward-thinking in his professional career, that was also the case on the rugby field.

He said: “I was professionally amateur.

“I’ve played since I was eight. I started at Bolton, went through the ranks, played at university and I have a number of clubs behind me – Yarnbury, Harrogate, Sedgley Park, Kendle Vets.

“I’m helping to coach the third and fourth teams at Sedgley Park now because I just wanted to give a bit back.

“I’ve kind of gone backwards in the pack. I started as a prop and as I got older I played a lot at second row, but I’ve ended up playing No 8 in my twilight years.”

Community Group is looking forward to working with Alastair and the rest of EZHR on programmes that are going to impact children’s lives through rugby and sport in general.